The World Wide Web has grown into a massive platform and an integral component of our daily lives.

Everything may be conveniently connected to the Internet, and the process can be made easier, whether it’s searching for a word or starting a new business.

Because the internet is ubiquitous, it is unavoidable to notice that it is used for a variety of purposes. 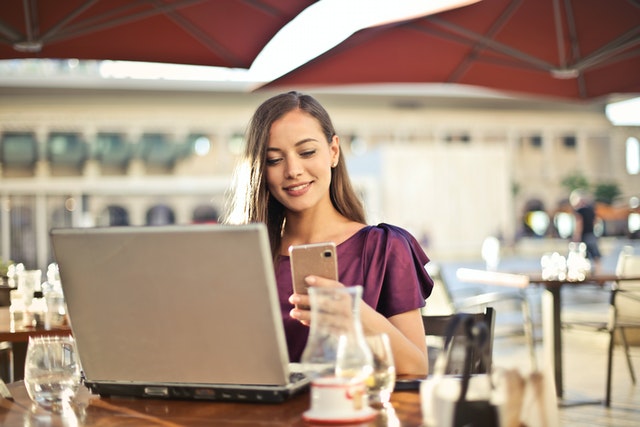 Connecting with individuals and expanding one’s personal network is one of the Internet’s many purposes.

This could be for a variety of reasons, including expanding personal and professional contacts (though we will be focusing on the personal contact part today).

15 Alternatives to Omegle for Meeting Strangers

For the same reason, millions of people utilise numerous social media sites on a daily basis. Individuals from various locations and geographical barriers can connect through these platforms.

Omegle is one of these platforms. Omegle is a unique and entertaining social media tool. It not only allows you to communicate with others, but it also allows you to remain anonymous when speaking with strangers.

If you are concerned about revealing your identity to others right away, this is a really useful function.

This means you have a cautious personality and are hesitant to provide information the moment you meet new individuals.

Omegle has proven to be a popular way for millions of people to have conversations and talk. It also has the advantage of allowing you to talk with people without having to register with Omegle.

Overall, it’s a nice platform to utilise every now and again. Having said that, people can use apps like Omegle, which has become a well-known platform that offers the same service to the public.

Here is a list of 15 Omegle alternatives that allow you to talk while remaining anonymous. Take a look at the list below:

HOLLA has evolved into a social as well as a dating app. It is widely utilised and preferred by young adult users from many countries.

Millions of people use the site all over the world. The HOLLA app is widely popular in South Asian nations, such as India and Sri Lanka.

HOLLA pairs people in video chatting sessions at random across the site. As a result, strangers are placed with people they might like. HOLLA’s motto is “A random video chat.”

Chatous delivers exactly what it promises: it brings people from all over the platform together to chat and create a conversation.

It, like Omegle, allows you to keep anonymity while conversing with strangers. The identities of those who are conversing can be secured in this way. This programme is one of the most privacy-protected on the market.

The app is available for free on the Apple App Store and Google Play Store for iOS and Android. The same is really simple to use and manage.

Thousands of live chat rooms are available for various groups to discuss a certain topic through the application.

Finding new people has never been easier. There are numerous filters accessible that various individuals can use to locate new people based on themes, nations, the amount of members in a group, and so on.

A Brainsoft developer created the Stranger programme. This app is one of a kind. ‘What makes this app distinct from the rest?’ you might wonder.

This programme, on the other hand, finds people near you in the form of strangers with whom you might communicate.

The proximity element has yet to be implemented, and a stranger gains an advantage by doing so. Both Apple and Android users can get the software from the play store and the app store.

The Azar app is primarily used on mobile devices. It’s an old-school application that tries to revive the old tradition of live chatting and conversing.

It is mostly targeted at the younger generation of individuals. It goes without saying that it is increasing at an almost absurd rate.

Its mechanism is straightforward: Establish one-on-one connections with new conversation partners, and swipe to make a new match if you don’t like the present one.

LiveMe is mostly used to watch videos that have been uploaded by users on that site. The LiveMe app is highly stringent about who can and cannot use it, requiring users to be at least 18 years old or have parental permission.

The app functions as a live chat or live streaming platform for individuals to join, allowing them to share information by joining their live feeds.

Wakie, like most apps these days, is available for both Android and iPhone users through their respective app stores.

This programme is unique in that it allows users to search for people by their names and quickly communicate or converse with them.

A person can also call the other person. Individuals participating in the conversation might discuss a variety of topics and ask and answer questions from one another.

On the same platform, Rooit is a comparable tool that allows you to conduct anonymous chat rooms. This app is best for those who like to have talks in a more private, anonymous setting.

This platform is quite similar to Omegle, making it an excellent substitute. This application’s confidentiality and privacy are clearly safeguarded.

You may simply communicate and debate numerous topics that you are interested in and would like to learn more about in the chat rooms that have been made.

Topface is another messaging, social networking, and dating app that can be used instead of Omegle.

This app is available for Android and iOS users on the Google Play Store and Apple App Store, respectively. This software is a lot of fun to use and is popular all over the world.

I enable you to find intriguing people with whom you may interact and see if you are compatible (Thanks Tinder, for the catchphrase). The app is a pleasant method to meet new people and a viable Omegle replacement.

Fav Talk is a fun and flirty app where users may meet new people and talk to them if they don’t like their current ones. This app is another excellent Omegle substitute.

It is compatible with both Android and iOS devices. This is a dating app as well as a conversation platform where users can find and meet new people and get along with them.

It is, as I previously stated, an excellent opportunity to meet new people and communicate with them.

Another entertaining video chatting app has been added to the list! AHA is a fun programme to use because it is simple to use and navigate.

The app’s language support is also remarkable, with more than ten languages in which individuals may use it on a regular basis.

A decent Wi-Fi or 4G connection is required for this programme to work properly. It’s one of the simplest apps available and an excellent substitute for Omegle.

MeowChat takes the greatest features from many social media talking platforms and combines them into one.

As a social networking platform, it allows users to meet new individuals from all over the internet and communicate with them via chatting or video conferencing.

Individuals can video chat using B-platform. messenger’s It’s unique, stylish, and enjoyable to use. This app has almost five million users that use it on a regular basis.

This software also has chat rooms where users can discuss various topics. Regardless, if you do not find the chat room to your satisfaction.

You can always leave the chat room and create your own chat room, where you can hold discussions with other people.

Mico is yet another good Omegle alternative. It’s a live streaming chat where users may connect with others and join their live streams.

This is yet another video chat programme that allows users to communicate and talk with one another in real time. This app is just as good as Omegle or any other similar software.

Nonetheless, it is important to note that Pikii has a large number of users that use it on a regular basis and have a strong reason to do so.

The app is secure, entertaining, and simple to use. It operates effectively and has a high level of credibility.

In conclusion, while Omegle is a fun programme to use and surf through, there are many other options that can be employed in its place.

This isn’t to argue that Omegle isn’t good enough; it’s simply that there are a lot of entertaining and trustworthy apps out there.

That can be used to browse the web and meet new people while remaining anonymous, which is exactly what Omegle does.

There are a few options from which you can choose according to your preferences and from the list.

We do hope, however, that the material was helpful to you in some manner. For the time being, we bid you farewell until the next time!