As technology is progressing the device, we use every day are becoming smart and smarter as they were used to be before. Every device, we use today whether a Computer or Mobile Phone or a Smart TV or Tablet or a Wi-Fi Router each and every one of these devices are updated constantly and you might refer various devices as smart such as “Smart TV or Smart Mobile Phone” etc. 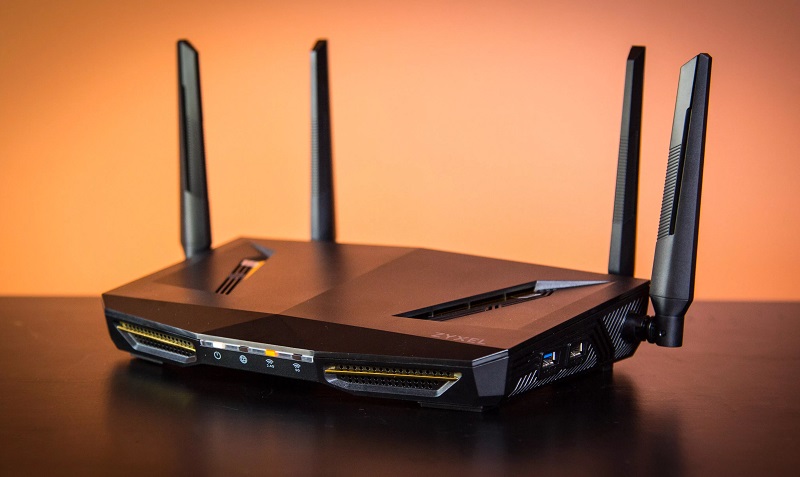 As all devices are becoming smart, as they offer so many functions, we can perform with them; as in if we talk about a smart and updated router it allows you to perform so many functions such as, making calls, connecting various devices at the same time, allowing the temperature adjustment at your place, etc. a single wireless internet device handles all this work.

Why We Should Buy A Specific Wi-Fi Router?

As we discussed above how important a router is nowadays, it performs so many functions, or you can say as a user allows us to perform various functions, therefore, its more important to choose a proper router. Most of the people use a combined unit, i.e., router coupled or combined with modem either a DSL modem or Cable modem.

Although connecting your devices to your router and using the internet doesn’t seem like a different task but choosing and buying a good wireless router that fulfills all your expectations is not an easy task. To buy a good router, you might need to consider the following points:

2. Make sure to buy a router with a dual band as it works on two frequencies at the same time.

3. Buy a router with plenty of RAM and with a fast processor, as you connect more and more devices to your router a fast processing router is must have.

4. Buy a router with a USB 3.0 port and contains a smartphone app.

8 Things to Consider When Buying A Wireless Router

Since an IP address comes in different versions, routers with different conventions similarly, Wi-Fi also have some standards with a different version. 802.11 is known as WiFi standard, and a/b/g/n/ac letters are used to designate the different versions. A different version of Wi-Fi, most of them, are compatible with each other, but we advise you to use a new version as newer the version more speed it will provide.

As new devices are invented day to day, WiFi versions are also evolving to connect to new improvised devices easily. Therefore, try not to use an earlier version of Wi-Fi else you may have to work with a low-speed connection. The ac version router, i.e., 802.11ac Wi-Fi is the newest version, we recommend you to buy AC Router.

Before you choose either a Single-band or a Double-Band router, you must know the difference between them. A single-band router uses only one band, i.e., 2.4 GHz meaning it is limited to one wireless signal only, whereas a dual-band router as its name suggests uses two bands, i.e., 2.4 GHz and 5GHz meaning they can transmit two wireless signals with different frequencies simultaneously.

On the other hand, a single-band router is shortly ranged, covers a small area and signal strength is also medium with few devices’ connection compatibilities. So finally, now you know the difference between single-band and double-band router, you can choose one which you find suitable according to your needs.

While choosing a router, you might have noticed labels on routers such as AC1200, AC1750 or AC3200 a so on. In that label, “AC” stands for the standard of wireless, and the last number refers to the speed. However, a router with AC3200 convention doesn’t mean that it will provide you a speed of 3200 Mbps.

People usually mix the concept of router convention printed on its label with its speed. The truth is a router with convention AC3200 simply means it will give you single 600 Mbps 2.4 GHz band and two 1300Mbps 5 GHz bands. Although these speeds are generally theoretical and you might not even get to nearby any of the said speed if you ever decide to test the speed of your router. A normal Wi-Fi range in our home most of the time needs only 50Mbps, and an individual device does not use all those bandwidths at the same time.

Its true and relatable that more antennas a router has the better will be its performance in terms of speed and connection. However, its also important to note that the number of antennas on the router doesn’t always matter but the software driving those antennas. Other than that speed provided by your router also depends on: your modem, layout, ISP connections and many more, for example, if you are living alone in a single room apartment than router with AC1200 will work as efficiently as you might need, and there is no point of spending money on a router with AC3200 with four antennas if you are using it alone.

4. Determine How Much Area You Need to Cover

As mentioned above a router with 2.4GHz single band will put up with your internet speed expectation if you are living in a single bedroom apartment and the number of devices and users are few. However, if you live in a large house with many rooms, devices, and users, you will want a router with a long range and strong data speed. You can choose a double band router with convention AC5000 or above with 4 or 8 antennas, as it will provide double frequencies line and more antennas will provide a broad width connection.

If in any case, you face a problem even after having a router with higher convention and more antennas, you can use new Wi-Fi Mesh Kits. These kits comprise of two or more routers that together work in unison, expanding the reach of your network with great speed and improves your wireless network connection by covering large indoor space up to thousands of square feet.

5. Count how many Devices Need to Connect

The number of devices connected to the router at the same time is also an important point to consider when choosing the best router. As more devices connect to router, its speed gets distributed between the number of devices accordingly, for example, a single band 2.4GHz router with maximum speed of 600Mbps with 4 devices connected to it so we can say that each of the devices will receive a speed of 150Mbps or if 2 more devices get connected, now there are 6 devices that mean each device will be receiving 75Mbps speed.

Therefore, its important to count devices to be connecting to your router. Even if there is only one person that will use the router, the number of devices you connect to your router matters such as, if you are connecting your mobile Phone, TV, Tablet, Laptop or Computer, etc. all the devices at the same time and using a single band router it will affect the connection speed. Pay attention not to hit a point where you can no longer connect new devices to your router. Finally, if there are more devices to be connected with the router, you should consider buying a router with at least double-band or tri-band with higher conventions.

However, Single-User MIMO is fine to use for general purposes like web browsing and reading, but if you want a router to be put up with you online gaming and someone’s HD video streaming or downloading, Multi-User MIMO is of great help as it can offer uninterrupted data flow to both devices at the same time.

Its important to consider software and security features of your router if or if not, you want to control everything that goes with your router because if, your router has poor software and security features it will be easy to hack, can cause a malfunction in hardware too. Hence, choose a router with advanced firmware, including decent firewall, have WPA3 encryption and other additional features too, or you can also choose DD-WRT firmware as it supports the installation of third-party.

If there are small children in your house that uses Wi-Fi and you are concerned about if your children might get exposed to information which is inappropriate for them while browsing or watching videos online, we recommend you to choose a router which comes with built-in parental control. It will allow you to restrict internet access for your children according to the time, i.e., time slots for how long they can use it so that they don’t spend the entire day with mobile or tablet and it will also a guest access so that you don’t have to share your WiFi password with your visitors.

As now the article is finished, and you find it too long so couldn’t read it, I will do a quick recap now, to sum up, all features you need to look while choosing the best Wi-Fi Router. Choose an AC router it will provide you newer updated techs and future-proof connection, and you can go for N router also if you don’t want to pay much for a high-speed ISP connection. If you want your router speed to reach and extend to each and every device in your house go for a Double-Band or Tri-Band router.

Consider how big your space is before installing a new router and plan accordingly on the basis of your space, choose a router that reaches to every corner of your house and to every floor from roof till bottom. You can choose Mesh Router Kits, in these two or more routers work in unison and provide great speed, expands your network reach.

Likewise, if the number of users or devices are more choosing a GHz router is a good idea, and similarly, you can choose an MU-MIMO router. Finally, don’t forget to choose a Wi-Fi Router that comes with proper software and security features, built-in parental control feature and guest access.

What Is TF (TransFlash) Card and How Is It Different From Micro SD?

Russell
How to Guides

Russell
How to Guides

10 Ways To Fix Windows Key Not Working on Windows 10

What CTFU Means And Where To Use It?